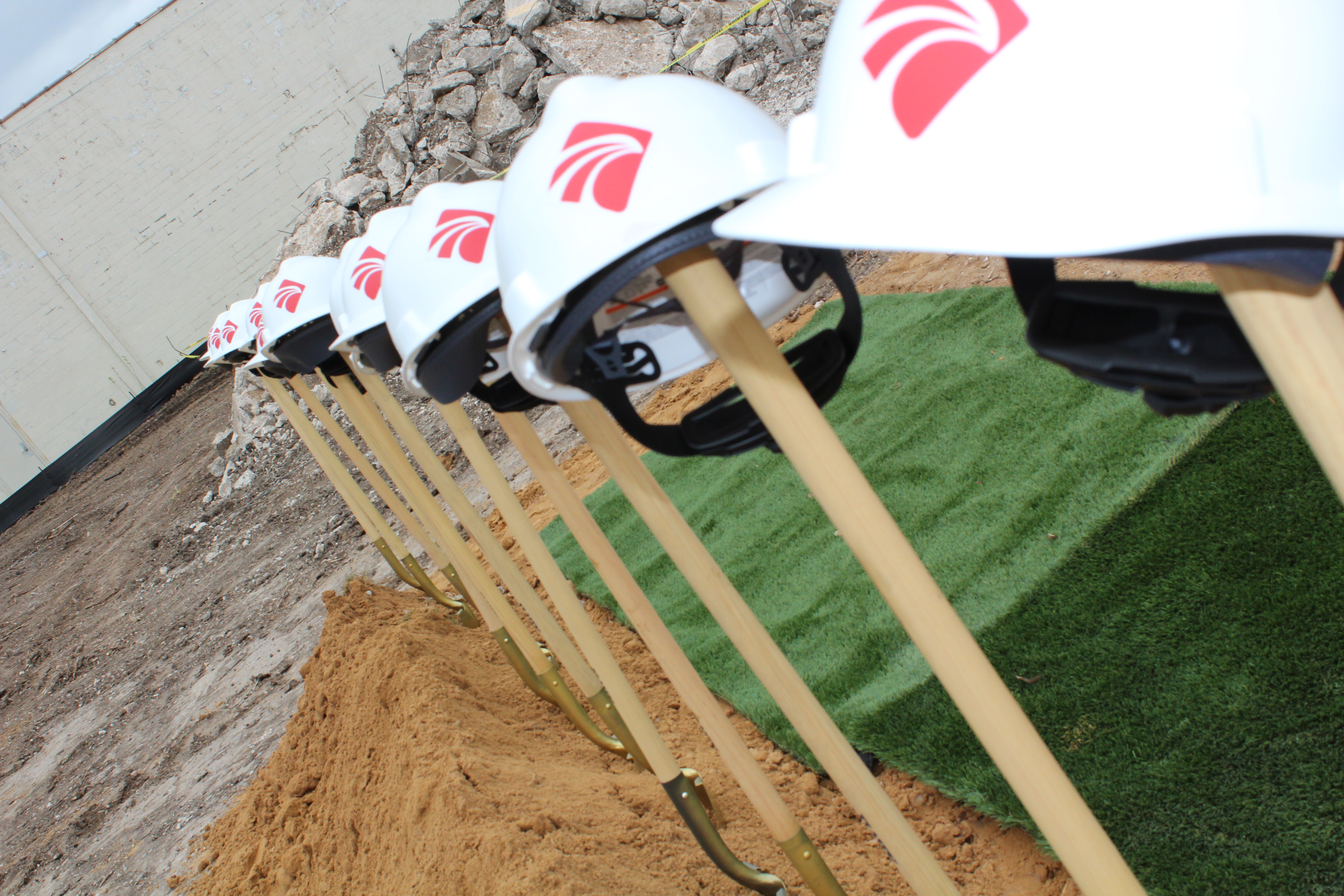 Grand Prairie, TX – After a brief delay due to the year of Covid, National AutoBody Parts Warehouse was the center of attention in March when they held a groundbreaking for their new expanded facility in Grand Prairie, TX. In attendance for this grand event were many members of the local Grand Prairie political leadership including Mayor Pro Tem Jorja Jackson, members of the City Council, members of the local Chamber of Commerce and the immediate past President of the University of Texas (UTA) of which Dolabi is Distinguished Alumni Award recipient. Mike Dolabi is the President/owner of National Autobody Parts Warehouse, Inc.

Also in attendance were various industry suppliers and manufacturers.

Started in 1993 by Dolabi, National AutoBody Parts Warehouse moved into their current facility in Grand Prairie in 1998. After years of growth, the existing building they have called home for 23 years just was not working for them anymore. A new modern additional building is being built that will complement their existing space and will boast modern technology including new computer systems and high-speed networks. It will also feature expanded office space and an extension of their warehouse to include a new driver’s area and a larger staging area for parts. Finally, a new customer kiosk will be added to make it even easier for walk-in customers to order parts. Throughout this project, customers will not see a decline in service as Dolabi and his team have already worked it out.

“With this expansion, we will be able to serve our customers even better and with greater efficiency”, said Dolabi. “With the setback many in our industry experienced in 2020, we are proud to demonstrate that there is still growth to be had now and for the future.”